Home / Business / What Is Going On With Retail? 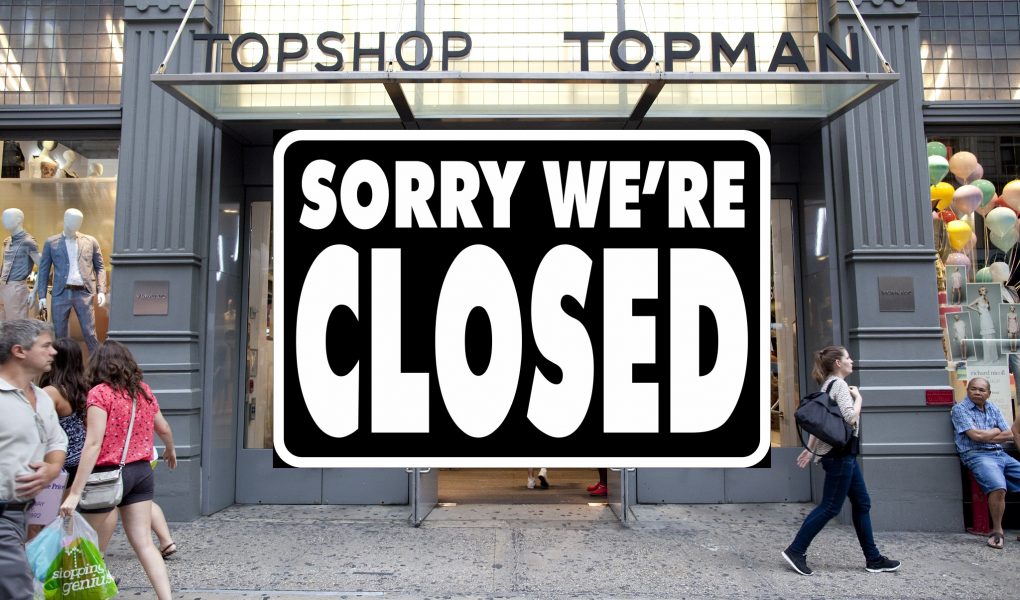 In the past 5 years, we have seen a significant shift, or shall I say – decline – in the retail market with major retailers withdrawing out of the industry.

The latest is from TOPSHOP. Struggling to keep its stronghold as an American shopping destination, TOPSHOP has announced it is closing ALL of the 11 stores throughout the US. This also includes the New York flagship four-level 40,000sq-ft store that opened in 2014. News in the UK have been swarming since last September about the future of shopping in London. The group is also in stages of closing down one of its Oxford Circus, “High Street” locations.

Arcadia is set to close 23 locations throughout the UK and Ireland. Along for the exit are Dorothy Perkins, Miss Selfridge, Burton, Evans, Outfit and Wallis brands.

According to CNN news, Arcadia Group, the London-based owner of fast-fashion chain Topshop, Topman, said it was facing “unprecedented” market conditions in the retail sector. No word yet on its in-store boutiques.

“Against a backdrop of challenging retail headwinds, changing consumer habits and ever-increasing online competition, we have seriously considered all possible strategic options to return the Group to a stable financial platform,”- “This has been a tough but necessary decision for the business.”

On trend, with other brick-and-mortar retailers, the company lays blame to online giant AMAZON, competition, and shifting habits of consumers.

Which is an interesting factor since Amazon does not carry TopShop items.

Other retailers that are continuing to committing this massive “Retail-Exit” are Victoria’s Secret – who will close 53 retail stores, JCPenny closing 18 more.

Topshop has stores in New York, Los Angeles, Atlanta, Las Vegas, San Diego, Chicago, Houston, and Miami. The chain did not say when its stores will shut down but added that the brand will continue to sell to the US online even after stores close (CNN).

Nomura Instinet Senior Equity Analyst Simeon Siegel says there is this “US level complacency” that we are dealing with. This complacency comes along with the forecast of a healthy consumer report, that the economy is doing just fine. But are we? The consumer climate has changed so much – who can give an accurate report on consumer spending these days? And why are we so comfortable knowing that developing countries are leading the way to consumer spending?

Have you read the new BOF State of the Industry report? According to McKinsey FashionScope, Greater China is expected to overtake the US as the largest fashion market in the world in 2019. This is an insane shock to the system for those who believe that the US is a stable marketplace to launch new businesses.

What’s The Matter With Retail?

With many brands breaking through the ceiling like Everlane and AllBirds, it’s tough to say how they stand up to thrive while mega-retailers like TopShop are dying.

Is it operations? Is it that they are out of touch with their market? Is it that they have an OLD way of thinking? Perhaps it is poor store design? And why in the world is everyone blaming Amazon, when they are asking their own employees to quit their jobs to help them solve the company’s logistical problems? All questions we are all asking ourselves as the consumer market is as they say, volatile.

68 fashion brands and retailers filed for bankruptcy this year. The short list of fashion retailers closing doors in 2019 is unbelievable:

My Cellphone Is My Personal Boutique

Insight into retail has become more and more unstable as established brands fight for shelf and grid space.

Since the introduction of the now famed shopping bag in 2016, Instagram has been on the road to creating a platform to support E-commerce. Earlier this year, it has been testing the removal of the likes button. The test is to have users concentrate on their posts and interacting with the app rather than likes (FORBES).

And if you have noticed, influencers and new accounts are being re-directed to set up business accounts that link to Facebook. Even non-business owners; regular stylish moms just trying to score some free goods with their #OOTD – are being targeted to update their accounts.

In March, Instagram launched “Check Out On Instagram” – an in-app shopping experience on the Explore page, allowing users to make purchases without leaving the Instagram app. This feature has turned the social media platform into an e-Com digital festival. These nuances would turn any innocent photo account into an over-night boutique business for their followers.

I mentioned above Allbirds and Everlane. These are companies that are pulling back the curtains on their supply chain, operations, and corporate responsibilities to the degree that consumers want more of this business model to penetrate fashion.

Consumers want the brands they love and purchasing decisions to reflect their lifestyle and beliefs more and more today. CGS reported that 50 percent of Gen Z would be willing to pay more for a sustainable product, slightly higher than expressed by the general population (47.3%).

Brands that are bringing this to the forefront are celebrating a higher mark-up as well as they immerse the consumer in their story, their brand, and the commitment to be conscious.

Fashion Revolution is on target with spreading the word about corporate transparency.

We live in an era when personal and corporate secrets can be [unraveled] with a few lines of code or clicks of the mouse, and so today, it is only a matter of time before the public discovers the facts.

Please read their latest report and find out how the luxury market and consumer brands are failing when it comes to transparency and ethical practices.

It is safe to say that companies that choose to be transparent are usually not trapped in the fast-fashion world of the retailers listed above.

The backbone of the US economy (and worldwide) comes from the heart of independent retailers. Independent retailers are also making a strong resistance to the Retail-Exit as they are creating a niche for themselves creating product exclusivity in their regions and territories. It allows them to experiment with new offerings and experiences that are in high demand, bringing in higher rewards.

Mom & Pop stores that have closed due to the shadows of the big box chains can bask in the “I Told You So” spotlight.

Either way you spin it, there is something wrong with retail. If you are a vendor who has open invoices from the above accounts, this is a nightmare. If you are a newcomer with a great circular fashion concept, you are a winner. It’s tough out there, but there is hope for the fashion industry if it can hold on for the ride! 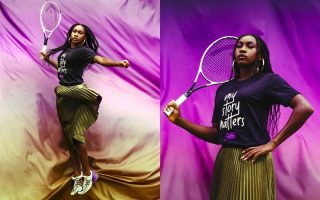 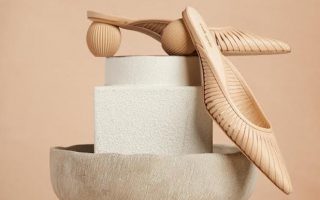 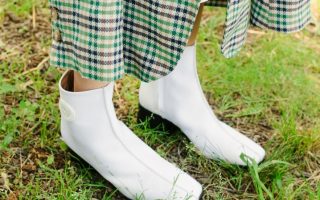 Shoe Designers You Should Know About – Suzanne Rae 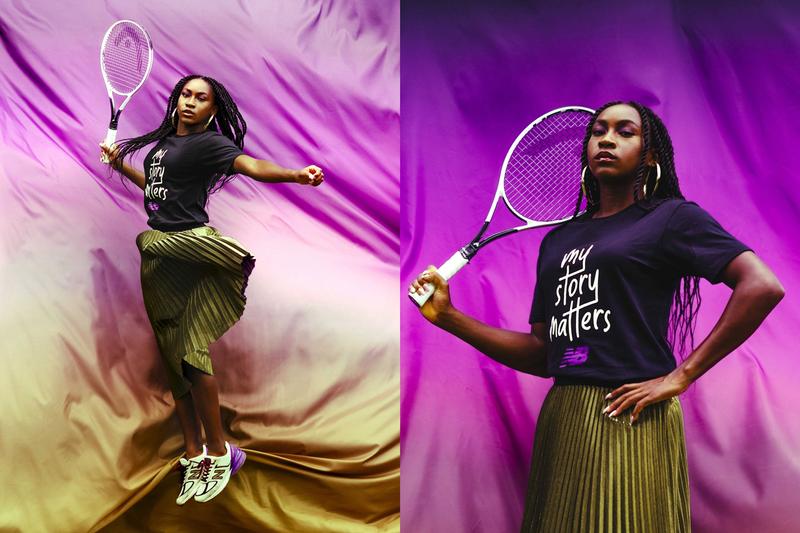 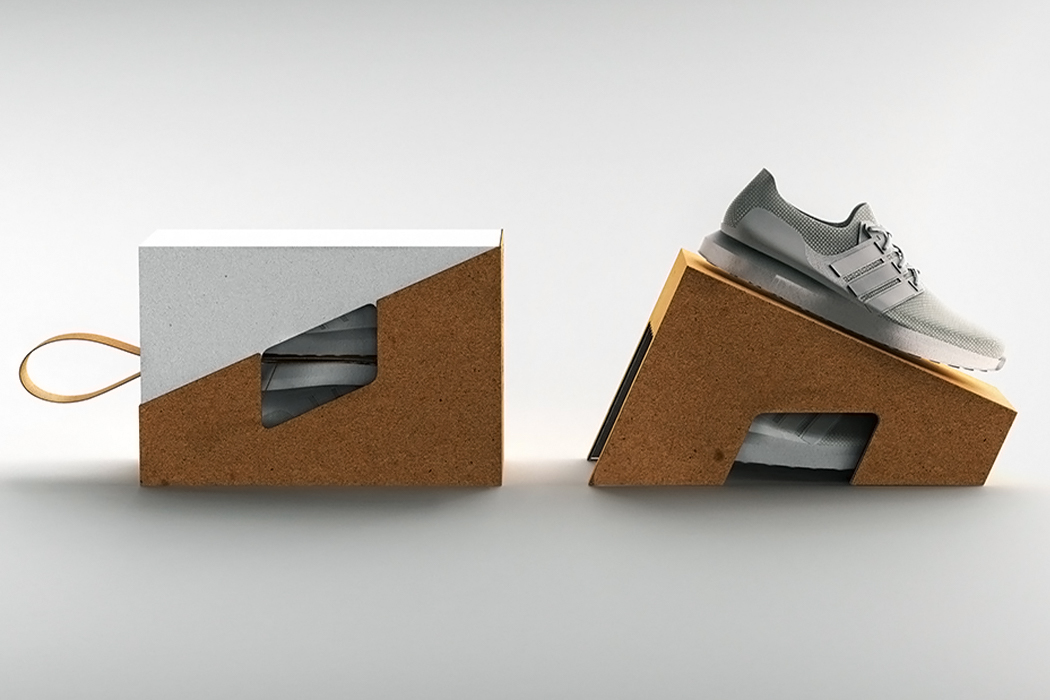 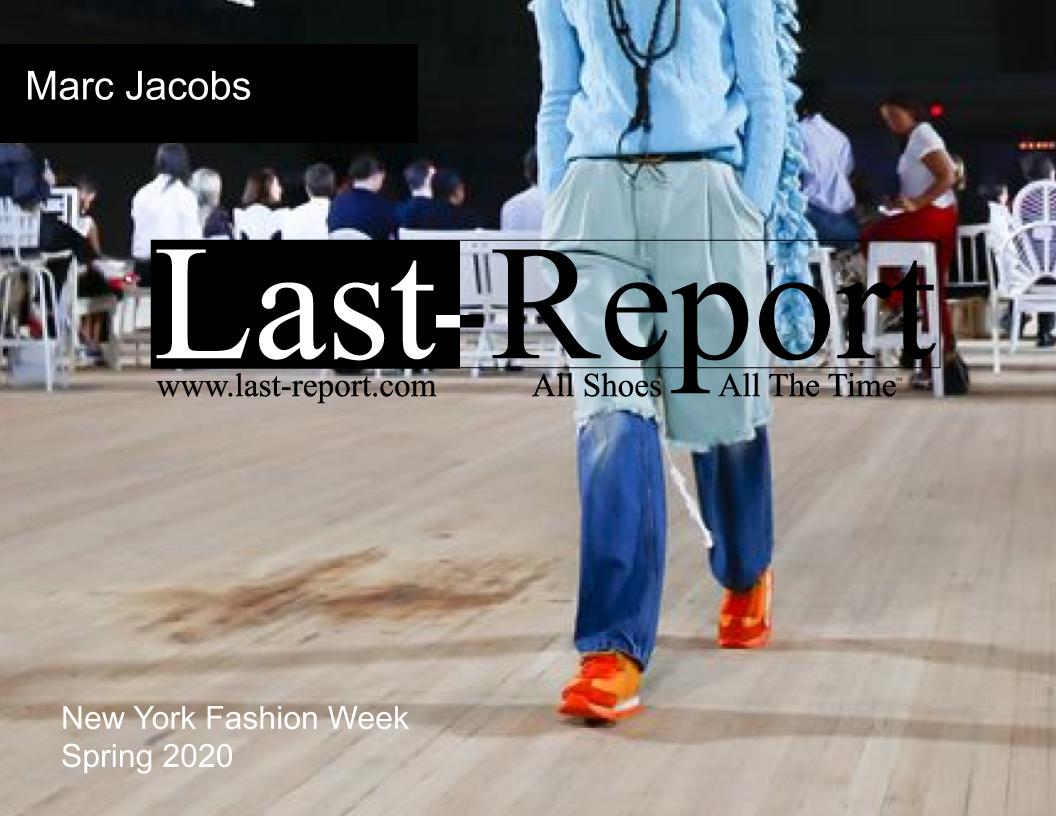 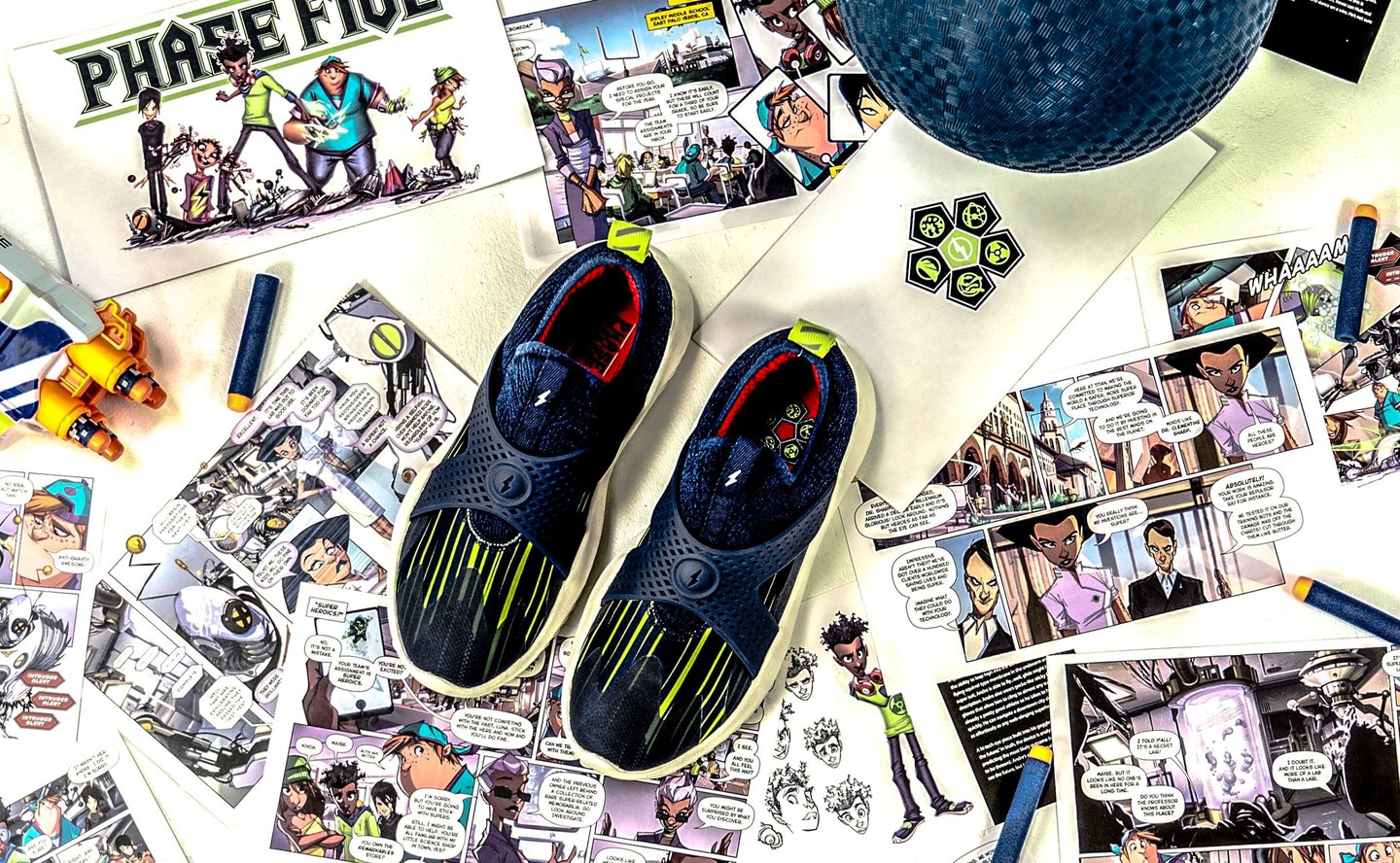 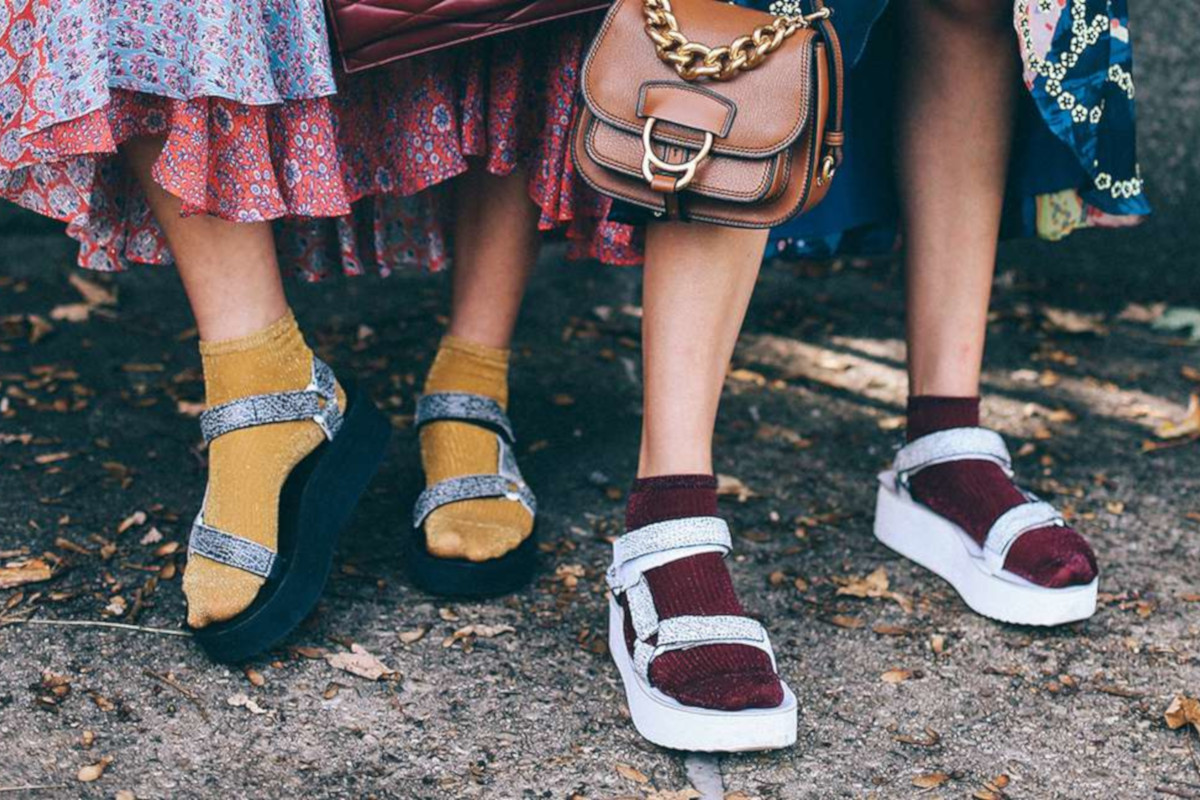 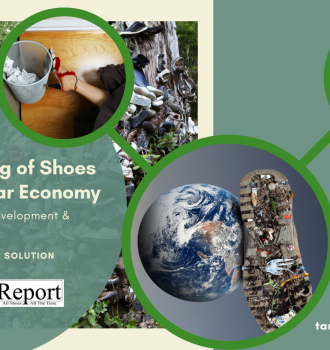 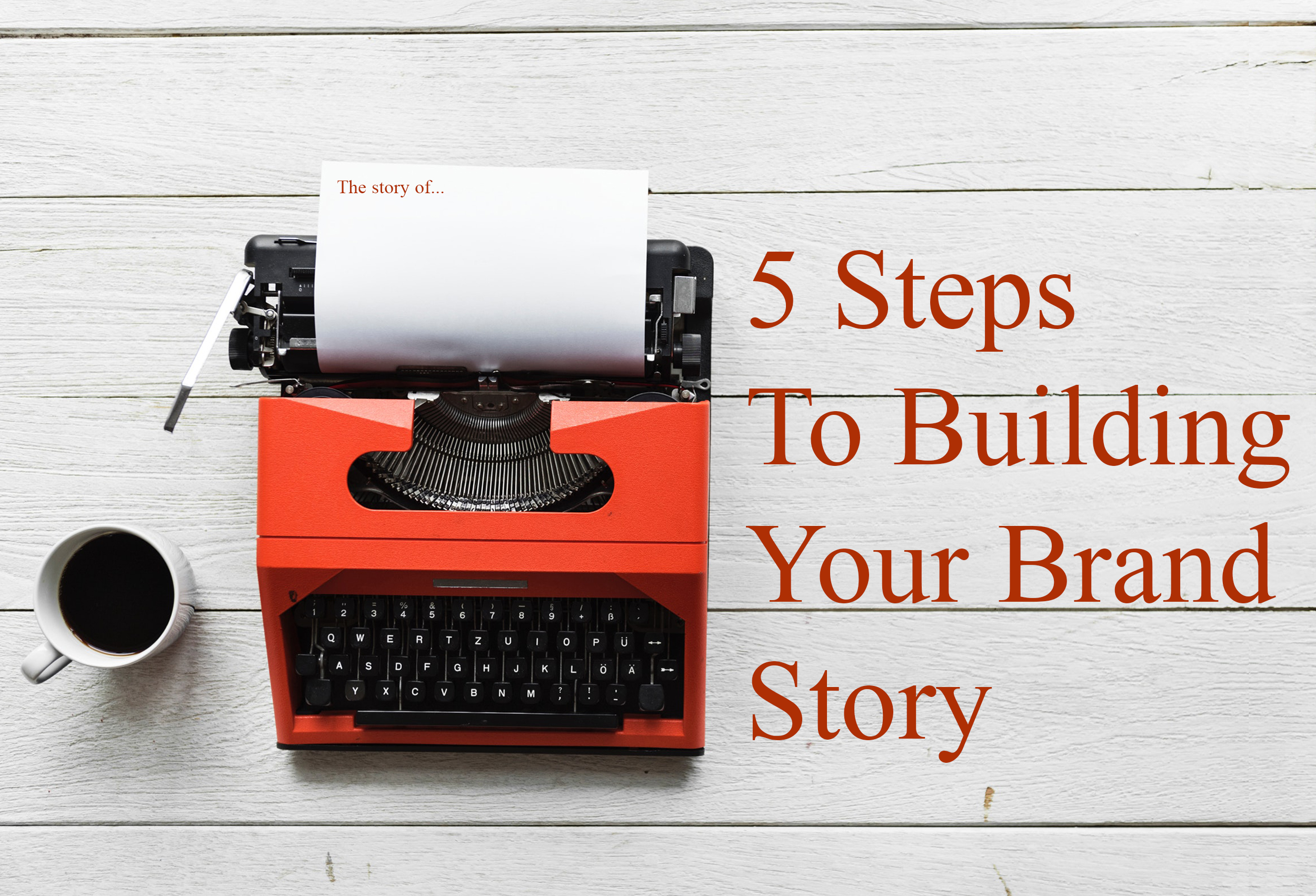